The Safilin linen spinning factory has been operating for over 250 years. First known by the name of A.SALMON, it was established as an additional activity at the weaving mill in Armentières, in the region of Hauts de France.

The Salmon family is very closely related to the textile industry. The adventure begun in Armentières with Adrien Salmon (a farmer), who married Angélique Barbry, daughter of a manufacturer.

At that time, linen yarn was spun manually on farms. The first linen weaving mill was installed in the centre of the town of Armentières. This enterprise was taken over by Adrien’s son, Régis, and then by Régis’ son, August, in the middle of the 19th century. It was Auguste who created the family group in its current form.

Since then, the group has continued investments to develop its operations, in particular by constructing or buying other industrial sites. In the years 1914-1918, the main plant in Armentières was destroyed and then reconstructed after the war. On this occasion, the largest European weaving mill was built in Armentières.

At the beginning, the family’s activity was based on weaving and manufacturing upholstery. It specialised in sewing and linen weaving as a complementary activity.

The factory had houses built for its employees, according to the same model as houses for coal mine workers. The factory directors also lived near the Armentières and Bac Saint Maur factories.

After being destroyed during World War I, the worker’s houses were rebuilt (see the carousel below). The Salmon company was a large contributor the construction of the Bac-Saint-Maur district of Sailly sur la Lys, where SAFILIN’s seat is still located. 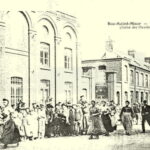 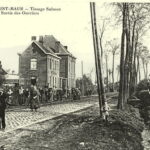 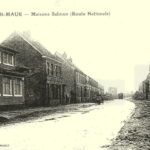 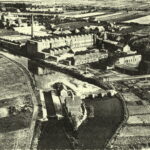 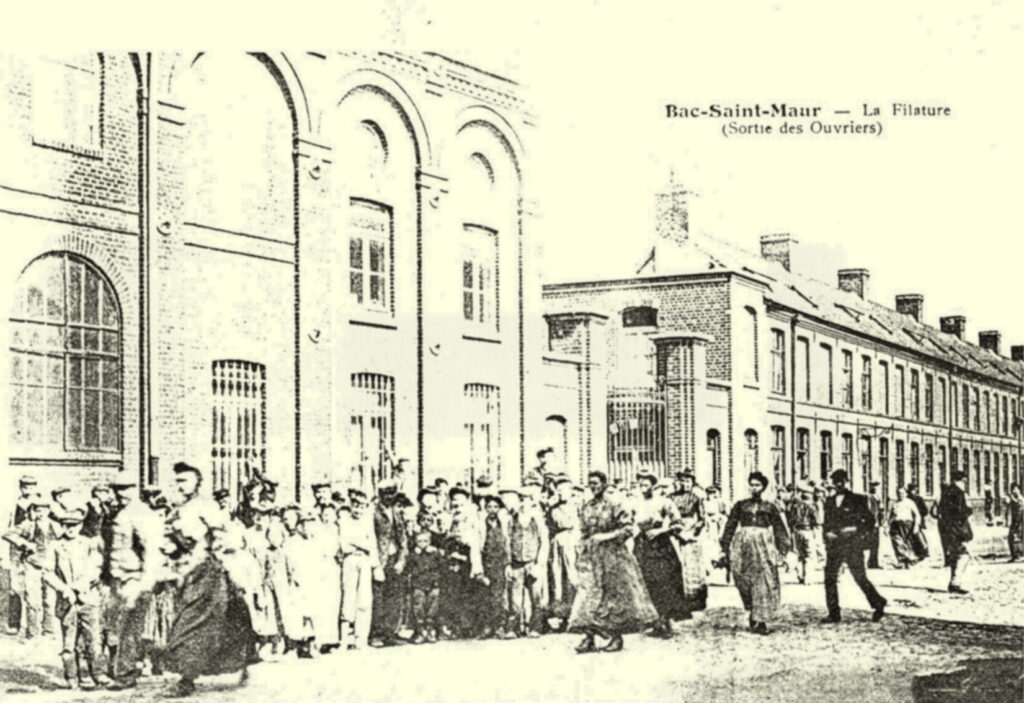 At the end of the 1970s, difficulties related to weaving forced the group to withdraw from this activity and focus on linen spinning. This activity was mainly carried out in Bac-Saint-Maur (wet spinning) and complemented by production in Quesnoy sur Deule and Solzoire (dry spinning) and Boubers sur Canche (open end spinning).

At the same time, the group decided to create a subsidiary specialising in this activity: Salmon Filature de LIN (currently SAFILIN)

The 1980s, a turning point for the spinning factory

Since 1980, the company’s operations were focused on linen spinning, and the investment plan was first implemented at the Bac plant. Unfortunately, this program was not sufficient, therefore the company decided to relocate part of its manufacturing activity to Poland.

The 1980s were for Safilin the period of investments in production, but also of the fight against competition from other materials and large imports.

Relocation of the linen spinning factory

In the 1980s, the French linen industry encountered numerous difficulties. Continuing operations was becoming increasingly burdensome in France, due to European and global competition. For these reasons, the factory decided to transfer part of its activity to Poland.

In order to preserve its know-how , following the relocation SAFILIN sent its foremen to train its employees in Poland. The company also made every effort to retrain and assist its French employees in their further career. 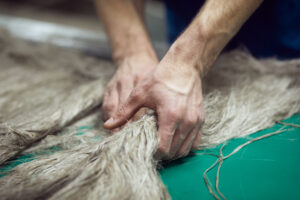 Towards a new linen spinning factory in France

More than 20 years after transferring part of its manufacturing operations to Poland, in 2022 Safilin will return to manufacturing linen in France and more precisely in Pas-de-Calais, the department where the Safilin factory was born.

Menu
We use cookies on our website to give you the most relevant experience by remembering your preferences and repeat visits. By clicking “Accept All”, you consent to the use of ALL the cookies. However, you may visit "Cookie Settings" to provide a controlled consent.
Cookie settingsAccept all
Manage consent